NRL star Sam Burgess keen to play 80 minutes for South Sydney Rabbitohs Date March 9, 2016 - 1:56PM 14 reading nowBe the first to commentRead later James MacSmith TweetPin Itsubmit to redditEmail articlePrint Play -0:00 Fullscreen Mute Advertisement Rabbitohs wounded after big win South Sydney will assess injuries to Adam Reynolds and John Sutton after thrashing the Roosters. Play Ultimate League: The draft style fantasy rugby league game Round 1 previews The 2016 Lowdown: All the info on each team Sam Burgess has set his sights on playing the full 80 minutes each week under the new NRL interchange rules. Back in the NRL: Sam Burgess passes during the round one match between the Roosters and the South Sydney Rabbitohs at ... Back in the NRL: Sam Burgess passes during the round one match between the Roosters and the South Sydney Rabbitohs at Allianz Stadium. Photo: Matt King Burgess returned to the NRL last week in South Sydney's big opening-round win over the Sydney Roosters, playing 53 minutes at prop. Advertisement George Burgess' return from suspension to the Rabbitohs' front-row for Saturday's round two fixture against Newcastle at ANZ Stadium allows Sam to move to his preferred position at lock where he can be more damaging on the edges. Sam Burgess' endurance under the reduction of the interchange from 10 to eight, becomes even more important for Souths and as the season continues the dual international hopes to play every minute of every game. "That is the goal," he said at Rabbitohs training at Redfern Oval on Wednesday. "I will see how I go at lock this weekend which is a bit different to playing up front. I will see if I can knock out a few more minutes then." Burgess' durability was key to the Rabbitohs' premiership triumph in 2014. It will again be on of Souths' most important elements this season in his return after a year away in English rugby union. Burgess said he was relishing in the physicality on offer in the NRL. "I think in 2014 I averaged 78 minutes a game," Burgess said. I think I will start pushing out a few minutes (against Newcastle), but Madge (coach Michael Maguire) has a good plan in place and we are not going to push anything too early." 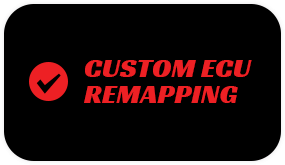